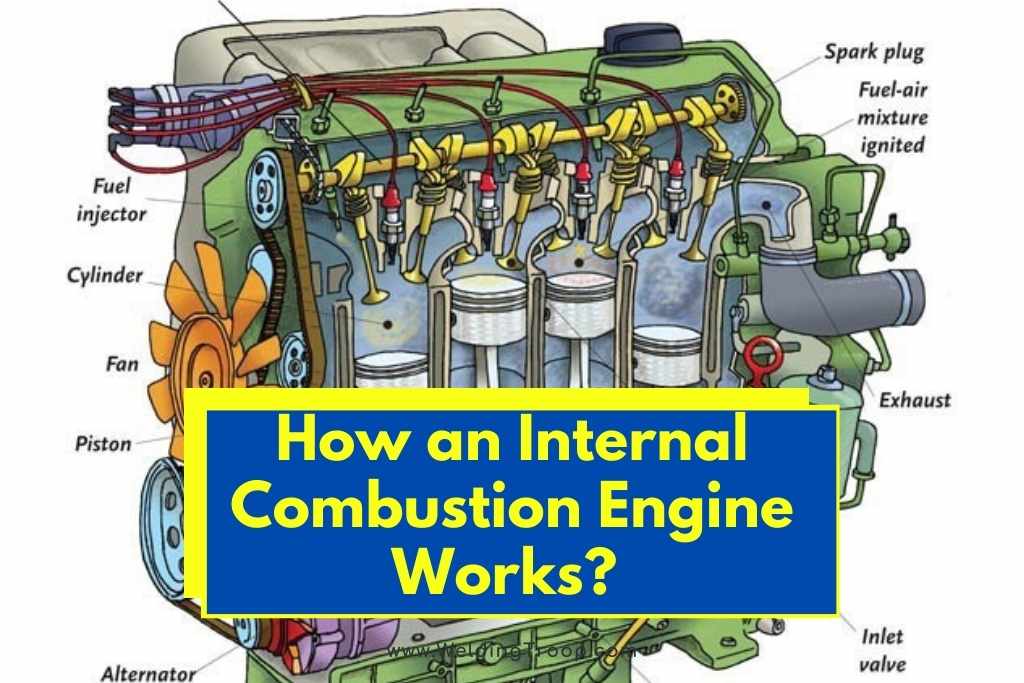 Your vehicle runs on a combustion engine. Although, we are sure that you knew that part. You aren’t here to learn what type of engine you have in your vehicle. Instead, you want to know how they work.

Now, combustion engines are pretty complicated beasts. If we were to tell you everything about their inner workings, we would be here all day.

Instead, we are going to give you a simplistic step-by-step of how they work. By the end of this page, you will have more knowledge than you started with.

The Basics Of a Combustion Engine

It doesn’t matter the size of the combustion engine that you have, the principle is the same.

You inject some sort of fuel into the engine, and you set it alight. When this happens, a gas is produced. Because the gas is enclosed in such a tiny amount of space, the pressure builds up. It is the energy generated by this fuel combustion that runs the rest of the engine.

There are four steps to a combustion engine. These are actually four strokes of the piston, hence why you may sometimes see vehicle engines referred to as four-stroke engines.

Yes. You can get 2 stroke engines, which slightly shorten the combustion process, but that is out of the scope of this guide. This is because these engines tend to be for lower-powered tools e.g. lawnmowers, chainsaws, etc.

Do bear in mind that there are a variety of components in your vehicle that will make your combustion engine work e.g. the fuel injector.

However, we are focusing purely on the combustion engine part here. We are going to assume that you already understand that there will be components that move the fuel from the fuel tank toward the engine.

Remember, while the movement of the engine is going to be controlled by your vehicle’s engine, it still needs a little bit of power to run a few processes.

This power comes from your car’s battery. The car’s battery will generate the power to kick the engine into motion.

You should also remember that your vehicle will be constantly charging the battery when it is in motion. Some of the movement energy from the vehicle’s engine will drive an alternator which, in turn, charges the battery.

However, how this works is out of the scope of this page. We want to focus purely on they combustion engine part here.

Alright, as we said, you should already know that your vehicle has a fuel tank in it. From the fuel tank, there will be a fuel injector.

This is essentially a piston and a small pipe that will inject fuel into the engine. Only a small amount of fuel will be sent into the engine at once.

The exact amount of fuel will be dependent on the size of the engine. Anything that is not being combusted at that moment in time will be stored well out of the way.

The first stroke of the engine will pull the fuel into it. As we said, this will only be a small amount. However, as you will likely remember from your High School chemistry classes, having fuel sent into the engine is not going to do the whole job.

You need air for there to be fire. So, at the same time, a bit of oxygen is going to get pulled in too. The exact ratio between the fuel and the oxygen will vary.

The job of the combustion engine is to ensure the greatest controlled explosion possible with the tiniest amount of fuel. This makes the second stroke much more important.

Once the fuel has been drawn into the combustion engine, another piston will move up and squash the fuel and the oxygen up nice and tight.

This is known as compression. The more compression there is, the greater the power coming from the engine. Many of the more fuel-efficient engines out there will have nailed this part of the process.

Remember, this entire process is going to be incredibly fast, and the compression will only take a fraction of a second.

The third stroke is when your vehicle’s spark plug comes into play.

This is why your engine won’t work without a spark plug, or even an incorrectly sized spark plug (it wouldn’t reach the fuel).

The spark from the spark plug will ignite the fuel. This creates a powerful explosion inside of the engine.

This is the most important part of the process. This is because as that explosion happens, the sheer power behind it will push another piston.

By now, all of the movement inside that engine will have happened. However, we still have one stroke left.

You have all of that combusted fuel in your engine (by now, it is mostly water vapor), and you don’t really want it hanging around.

This means that the final stroke in that engine is going to push all of that waste out of your system. The fourth stroke is, essentially, pushing that spent fuel out of your exhaust pipe.

This means that the process takes under a second to do. However, now is a good time to introduce you to one last component of a vehicle’s engine.

Although do bear in mind that not all combustion engines will not have this component. However, it is pretty vital for a vehicle, because the car wouldn’t be able to generate enough power without it.

If you are looking at the advertising material for a vehicle, then you will notice that they often take pride in the number of cylinders that they have. The more cylinders a vehicle has, the more fuel-efficient that vehicle is.

This means that, at any one time, you could have as many as six different mini-fuel explosions happening in your vehicle.

Each cylinder will be drawing in its own fuel and causing those little explosions that drive the pistons in the vehicle.

It is a very efficient process, and a single cylinder wouldn’t be able to do enough to make the whole vehicle work.

How Does an Internal Combustion Engine Work? >> Check out the video below:

Does a Diesel Engine Work The Same as a Gas Engine?

The principle is very much the same. Although the components are slightly different, so you can’t put diesel in a gas engine.

That being said, less diesel needs to be used to run each part of the process. This is because diesel is a much denser fuel, and thus it produces more energy when it ignites.

However, companies tend to steer clear of using diesel engines, simply because it requires a lot of effort to extract the right amount of power from diesel.

If an engine hasn’t been designed properly, then it would be unable to take all of the energy from the combusting diesel, so you would effectively be wasting fuel.

Remember, because diesel is denser, it puts a lot more strain on the system too.

As you can see, the way in which an internal combustion engine works is incredibly simple. Obviously, vehicle engines will be incredibly well-designed.

There are a lot of moving parts. However, it doesn’t really matter what car you own. The vehicle’s engine will follow the same process; draws in fuel, compresses the fuel, ignites the fuel, and expels the fuel.

You will have multiple cylinders in your vehicle’s engine doing the same job. This is what allows your car to move.

link to Can a Broken Spark Plug Damage Engine? (Here Is What To Do)

A spark plug is an incredibly cheap component. Tiny too. A lot of people wonder how important it is to the inner workings of their vehicles. Hint: it is very, very important. So, what happens if...