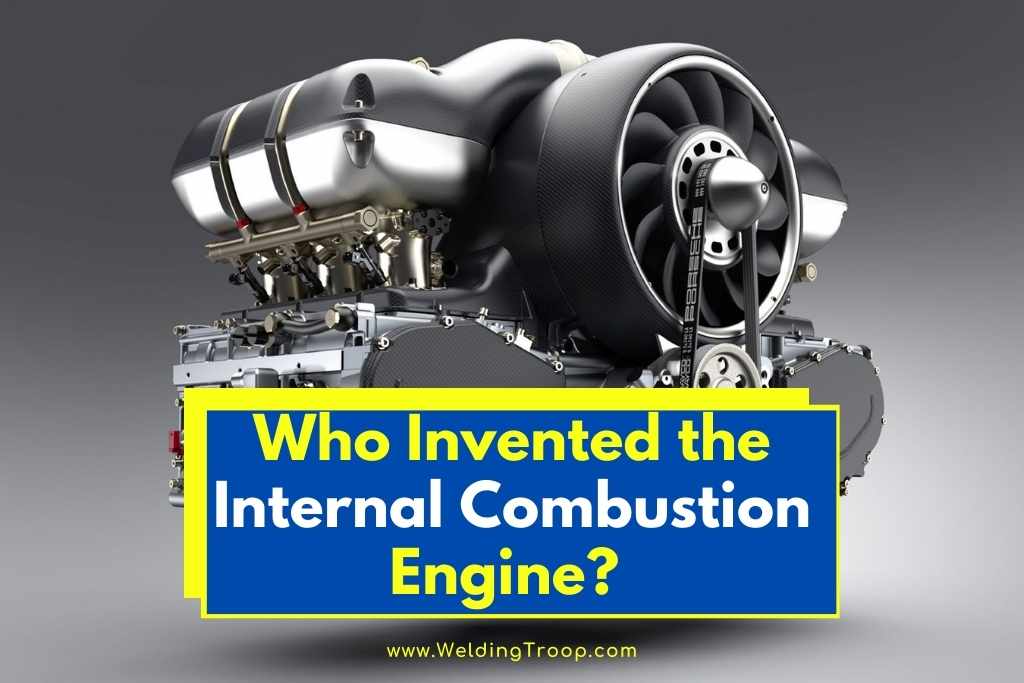 Most of us know that cars and many vehicles overall have been made possible due to the internal combustion engine.

To call it a critical piece of human history would be a vast understatement. But despite how important it is and has been to human society overall, not many people actually know who invented the internal combustion engine.

That’s a terrible travesty, so today, we’re going to talk about who invented it, and how and why they did it.

The funny thing is, there’s actually a bit of debate on who should really get the credit for the invention of the internal combustion engine.

You see, credit is most often given to one Étienne Lenoir, a Belgian inventor who invented the first commercially successful internal combustion engine in 1860.

The first internal combustion engine to be patented was built by Nicéphore Niépce in 1807. After proving its capability in a boat in France, a patent was granted by Napoleon Bonaparte himself.

But as for the first internal combustion engine to be used industrially, that goes to Samuel Brown in 1823. Before that, these engines were used in personal affairs only.

It’s worth noting that these engines were all technically “internal combustion engines”, but they weren’t anything like the kind you would think of today.

In fact, the first carburetor didn’t even exist until 1826. But even so, they were all a form of an internal combustion engine, with many of them laying the groundwork for later models.

Still, they were mostly personal projects tested by inventors on their own time, and none of them because serialized. It wasn’t until 1860, when Lenoir’s internal combustion engine was met with commercial success, making it the first of these to do so. But even then, there’s more to consider.

Because finally, we have the first “modern” internal combustion engine invented in 1876 by Nicolaus Otto.

While this engine is still a far cry from what we have nowadays, it was the first petrol engine and the basis by which all of our modern combustion engines originate today.

Furthermore, Otto’s journey to creating the petrol engine started because he was interested in Lenoir’s engine.

In that sense, Lenoir can be considered a progenitor of sorts. Still, it’s hard to give him complete and total credit: let’s dive into this confusing history in more detail.

Étienne Lenoir was born in in 1822, in a town called Mussy-la-Ville. At the time, it was part of Luxembourg, but today, it lies within the borders of Belgium.

He lived there for much of his young life, but he moved to Paris in 1850, at which time he worked as an engineer and experimented with electricity.

Around this time, steam was the primary form of locomotion for engines. But Lenoir wanted to create an engine that could run on coal or gas, two resources that Paris had plenty of.

Lenoir’s idea for an engine included the use of a spark plug, which, oddly enough, was another patented invention of his.

Basing his design on the steam engine, Lenoir’s engine had only one cylinder, which made it very prone to overheating. an uncompressed mixture of gas and air was ignited via a spark plug on the first stroke, and the expanding gas pushed the piston back out. The second stroke ejected the burnt gas.

When it was all said and done, Lenoir’s internal combustion engine could power a three-wheel vehicle, propelling it up to speeds of roughly two miles an hour.

Of course, this doesn’t sound impressive by today’s standards. But this was the first time a land vehicle was propelled by a motor, instead of being pulled by an animal.

Other impressive aspects of Lenoir’s engine include its many firsts: it had two-stroke action double-sided operation and was the first internal combustion engine in which the fuel mixture was not compressed before going into the engine.

As for the commercial success of this engine, it was relatively successful for the era, with about 500 of them being built in total.

That may not sound like a lot today, but at that time, any invention selling that many copies was quite a feat.

Unfortunately, Lenoir’s intention did not bring him unfathomable wealth until the end of his days. He became a French citizen in 1870 after helping the French in the Franco-Prussian War, and he even received a medal of excellence from the French government for his contribution to the field of telegraphy.

But despite all of this, he died in 1900 with almost nothing to his name. Even though he had, for all intents and purposes, invented automobiles, he ended his life in complete destitution.

Despite Lenoir’s commercial success with the engine, he designed in 1860, it wasn’t much like the engines that we know of today.

Of course, the one we’re about to mention is also quite a ways off from what you may see in a car in modern times, but in 1876, Nikolaus Oslo laid the groundwork for what we use now.

Born in 1832, Otto was a German engineer that designed an internal combustion engine not all that dissimilar from Lenoir’s own. In fact, he and his brother built a copy of Lenoir’s engine, but with liquid fuel. However, its patent was rejected.

After that failure, Otto and his brother made the first four-stroke engine using the compressed fuel charge concept, but it was only able to run for a few minutes without breaking.

Otto’s brother gave up on the notion, forcing Otto to look for aid and funding elsewhere. He spent a few years without great success, but that eventually changed.

Ultimately, he teamed up with Eugen Langen, the son of a sugar industrialist. They entered a partnership in 1864, creating NA Otto & Cie in Cologne.

Of particular note is the fact that this was the first company in the world completely dedicated to the production of internal combustion engines.

Eventually, Otto did manage to create a four-stroke atmospheric internal combustion engine, which earned it a gold medal at the World Fair in 1867.

It consumed half the gas the Lenoir engine did. Dubbed the Otto engine, it would become a precursor to future internal combustion engine designs. By 1875, the company had procured 634 engines.

It was a great commercial success but had its mechanical limitations: it only produced three horsepower, despite requiring 10-13 feet of headroom for operation.

Needless to say, this wasn’t ideal. Later on, Otto, with the help of Franz Rings and Herman Schumm, invented the Four Stroke, Compressed Charge engine in 1876.

This was the first internal combustion engine to use in-cylinder compression, and it was me with great commercial success right away. Ultimately, 2649 atmospheric engines were made before they were discontinued in 1882.

This marked a huge commercial success for the engine and proved the value of internal combustion engines.

Even so, Otto’s internal combustion engine of the four-stroke compressed charge variety was the world’s first petrol engine, and it lead to the modern combustion engines that we have today.

Surely, someone would have made them eventually if Otto hadn’t, but he did it first in this regard, so he gets the credit there.

As you can see, the history of the internal combustion engine is quite complicated. Who should get credit for it? Lenoir, who was the first to have commercial success?

Those who patented a version of the engine before him? Or Otto, who laid the groundwork for the modern engines we have today?

Ultimately, some credit should go to everyone who played a part in the creation of the internal combustion engine.

Everyone who contributed added something valuable to the final product we now have.

link to How an Internal Combustion Engine Works (Step By Step)

Your vehicle runs on a combustion engine. Although, we are sure that you knew that part. You aren't here to learn what type of engine you have in your vehicle. Instead, you want to know how they...

Continue Reading
link to Does Revving Your Engine in Park Damage It? (Here Is Why)