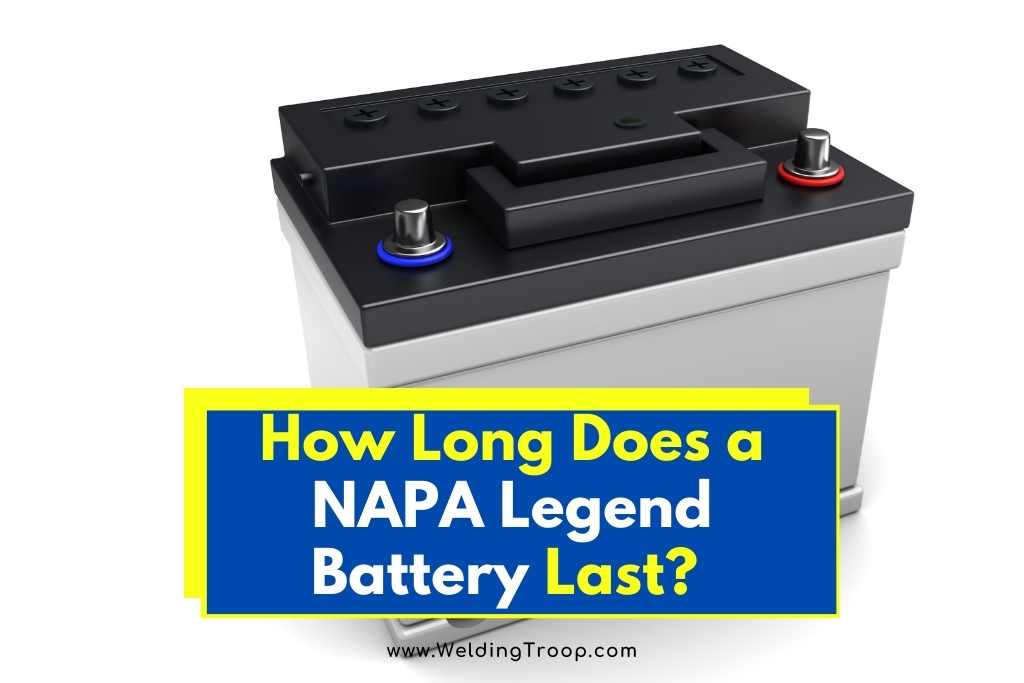 Ask somebody who has used a NAPA battery, and they will likely tell you that they are among some of the best batteries in the world and, in all fairness, they are.

This means that you may be wondering how long NAPA Legend batteries last. Well, the answer may not be as simple as you think. Let’s explain.

The Lifespan Of a NAPA Battery

As we said, it is impossible for us to tell you exactly how long a NAPA Legend battery may last. We wish that we would tell you, but it is all going to be dependent on how you use the battery.

What we can tell you, however, is the fact that the team at NAPA has given the Legend battery a whopping 75-month warranty. This includes 18 months of a free replacement should something go wrong with it.

This tells us that the team at NAPA is 100% confident that their battery, when used under normal circumstances, should last at least 75 months. However, it is likely to last considerably longer than this, should you treat the battery with care.

This means that the NAP battery is expected to last around 6.5 years, although we wouldn’t be surprised if you were able to see 7 or 8 years of use out of it, assuming that you do not treat it poorly.

The more a battery is used, the less of a charge it can hold. This means that as your NAPA Legend battery starts to come toward the end of its natural lifespan, you may notice that it isn’t holding a charge quite so well (you may need to jump-start the vehicle, for instance).

Read also >> Does NAPA Pay for Old Batteries? (All You Need To Know)

Although, in most cases, this probably wouldn’t pose too much of a problem.

In our experience, most vehicle batteries should be replaced around the 5-year mark anyway. It doesn’t matter whether it is a NAPA Legend battery or not. As soon as the battery hits around 5 years, then you should think about replacing it.

They aren’t too expensive to replace every 5 years, and they aren’t tricky to replace either. It will just save you a whole lot of hassle in the long term.

What Can Shorten The Lifespan Of a NAPA Battery?

There isn’t a whole lot that can shorten the lifespan of a NAPA Legend battery. These are regarded as some of the best batteries on the market for a reason.

However, there may be a few things that you should be on the lookout for if you do own one of these batteries.

While the NAPA battery should still perform in harsher climates, it doesn’t tend to do too well in them. However, this is something that applies to pretty much every single AGM battery (the type of tech the NAPA Legend is built on), so you should probably be aware of this already.

These batteries may struggle a little bit in the extreme cold.

They are also not great if it gets too hot. However, it is the cold that tends to be the biggest issue for a NAPA Legend battery.

These are batteries that are not designed to be constantly charged and discharged. They are vehicle batteries.

If you let them fully discharge before you charge them again, then not only are you going to be running into some serious issues with your vehicle, but you are essentially going to be killing the battery.

Just let your vehicle charge the battery for you. If your NAPA Legend battery is failing to hold a charge, then this could be an indicator that it is reaching the end of its natural lifespan.

It is rare that you will ever need to pull a battery out of a car and stick it on a charger. It is only really the case if you have left the vehicle running without the engine running as there would be nothing to charge the battery.

How Can You Increase The Lifespan of a NAPA Battery?

Just treat it with care. That is pretty much all there is to it. There is no special trick here. A NAPA Legend battery is a high-quality battery.

As long as you connect it up to your system properly, you don’t need to worry about it. It will serve you well for several years.

The only time that you will probably even need to go near your NAPA battery is if it has lost its entire charge.

You can then charge it up using a battery charger. However, if your battery doesn’t hold a charge after this, then it may be time to replace it.

What Happens If Your NAPA Legend Needs Replacing During The Warranty Period?

The chances of this happening are slim. However, if it does happen, then NAPA will help.

If your battery has died within 18 months of purchase, it is likely going to be a no-questions exchange. They will send you a free one.

If it dies within 75 months, then they may want to check the battery to ensure that it hasn’t died because you treated it poorly.

It is impossible to say how long your NAPA Legend battery will last. It will all be dependent on how you treat the battery and the conditions that you are using the battery in.

However, since you do get a 75-month warranty with NAPA, you can expect it to last around 6.5 years.

However, those people that are putting the battery under a lot of heavy strain may find that the battery lasts around 5 years.

This is normal, and you will not be entitled to a warranty claim if that happens to be the case.

Do you know how long you need to run your car in order to charge your battery? this is one of the questions our readers ask a lot. Well, we´ve got you covered. If you made the mistake of leaving...